Things I never expected about ducks

The last one was fun so I'm doing it again! 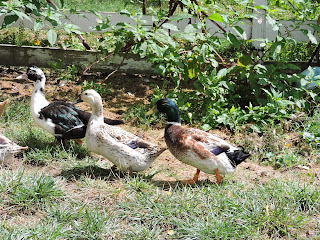 All in all, I wonder why I keep ducks about four times a year.  But then there are the times when I sit on my front porch and watch peaceful roving packs of ducklings grazing in my front yard, keeping the place free of basically all bugs in the process.  Plus roast duck for dinner and poached duck eggs?  Yeah, they'll be staying.
Posted by Kim at 12:03 PM